Battlefield V can be considered a direct continuation of Battlefield 1, not just an another iteration of EA-owned series of first person shooters – those were my initial thoughts after completing the campaign and sinking a lot of hours in the multiplayer of BF:V. It’s not only because of the natural progression from First to Second World War or bringing in similar mechanics to Battlefield V, but also thanks to Johan Söderqvist i Patrik Andrén returning as the main composers. Their music for BF1 allowed the player to better understand the bloody tales of WW1, humanizing the soldiers leading life in shell-bombed hell. Seeing BF:V follow BF1’s footsteps, I was excited, especially hearing about unknown battlegrounds that DICE chose to show. So, to what extent have they managed to do it again?

Compositionally, Söderqvist and Andrén went through the same artistic shift as the game. After some turbulences regarding the image of World War 2, the game resided somewhere between live-serviced modern FPS of many attractions (at least on paper, for now) and an effort to depict humanity in those challenging times (for better or worse). In my opinion, it does none well. Legacy Theme is a rearrangement BF1’s famous main theme (along some others) including pulsating electronics and rushing strings, Inception-like BRAAAAAM and very modern vibe to it, almost too modern. It’s a shiny and cool action piece written alike many Hans Zimmer’s trademarked scores. It really just leaves me longing for something I am not hearing with each visit to cinema while seeing a movie scored by one of his students or associates, using the same techniques and samples.

It lacks stylistic coherence since it is very eclectic with its many inspirations (sacral music, Hollywood balls-to-the-wall action music, BF1 music) and ultimately has no distinguishable identity.

Battlefield V continues the War Stories, DICE’s attempt at campaign showing the conflict in different theatres and perspectives. Personally thinking that it’s far from perfect and way too short to fully explore complicated ideas, I applaud them for choosing unexplored places and battles, like the Senegalese campaign across France, which shares both the humanizing ideals and music from BF1. Tirailleur is a wonderful piece, albeit being a copy of BF1’s Prologue with slightly more strings to it. Quite popular among the playerbase, Under No Flag is a track that stands out as the main lyrical theme of the game but it shares a lot of similarity to Howard Shore’s Lord of the Rings score. Spitfires is a better example of rearrangement as it livens up BF1’s Knight’s of the Sky, giving it more action-heroism while taking away some of the seriousness – a notion that regards the entire game.

It lacks this end-of-2-hour-round war-anarchy with people dying all around and music being there to overwhelm you and depict an epic battle.

Talking the new stuff, French Fog goes along They Shall Not Pass DLC music with its dark, militaristic and somber mood of uneasy sacrifices. Norway is a very elegant piece stuck to the screen that gives the game more melodrama than war; Pride and Honour is close to me as it accompanies one of the best gaming moments I had last year (the plane part of the Prologue). Glorifica was standing out as a rather sacral piece with its organs and choirs, really hinting at some big themes depicted in the game (we’ve been hearing it in the menu since the launch), but its poor use in the German perspective campaign (not really following the gameplay and pacing) rendered it a bit irritating for me. To my disappointment, the beautiful Norway piece played on Norwegian hardanger fiddle is missing on the album (it makes me hope for some more pieces to be released, DICE pls). I Vow to Thee My Country is an interesting pick for an online shooter as it is an actual piece written by Gustav Holst with words written by Sir Cecil Spring Rice in 1921. Fortunately, it’s exclusively played during the game’s prologue, really the only moment the developers are trying to pay an actual homage to brave infantrymen.

The mood of this album is way more approachable than its predecessor. Music of BF1 was a bit mundane with it’s unchanging arrangements (later diversified by pieces from Turning Tides and amazing, horror-level Apocalypse), but I am fan of the out-of-date and worn-out feel they brought into the game. They evoked constant sense of danger and uncertain bravery, something that BF:V lacks. The latter is an album that’s easy to listen to, but it lacks stylistic coherence since it is very eclectic with its many inspirations (sacral music, Hollywood balls-to-the-wall action music, BF1 music) and ultimately has no distinguishable identity. Something that troubles BF:V’s as a World War 2 shooter. I should also mention that you won’t find nerve-racking pieces with racing symphony giving you motivation for the last push on the enemy lines (like the Verdun or Soissons stuff from BF1). It lacks this end-of-2-hour-round war-anarchy with people dying all around and music being there to overwhelm you and depict an epic battle. But I wouldn’t go so far to blame the composers for it, because at the moment, it’s more likely poor design choices and the game is still…improving and adding new stuff…hopefully.

Knowing that composing for triple A WW2 shooter trying to be as modern as other unnamed Battle Royale games can be a tough spot to find yourself in, I can’t say with clear conscience that BF:V is a musical success. It is in selected tracks but not as whole work, that currently resembles a mosaic of very specific pieces (Glorifica, I Vow to Thee My Country, unnamed hardanger piece), old BF1 hits and electronic-fueled action pieces (heard on the Rotterdam maps). It’s an attractive and engaging listen often, but sometimes it does not feel like WW2 at all, which is partially the game’s fault. Torn between worlds, Battlefield V has no uniting idea in its score sheets. It may be a poor directing decisions from DICE that two good composers had no thought-out ideas in front of them to work around, and for now I am hoping for musical updates with the Tides of War (now that the game is patching its way into a nice whole). The only people I can recommend this album to are either BF:V players or fans of action soundtracks. I do strongly recommend to listen to the EP released shortly before the launch if you just wanna get a good taste without playing the game. 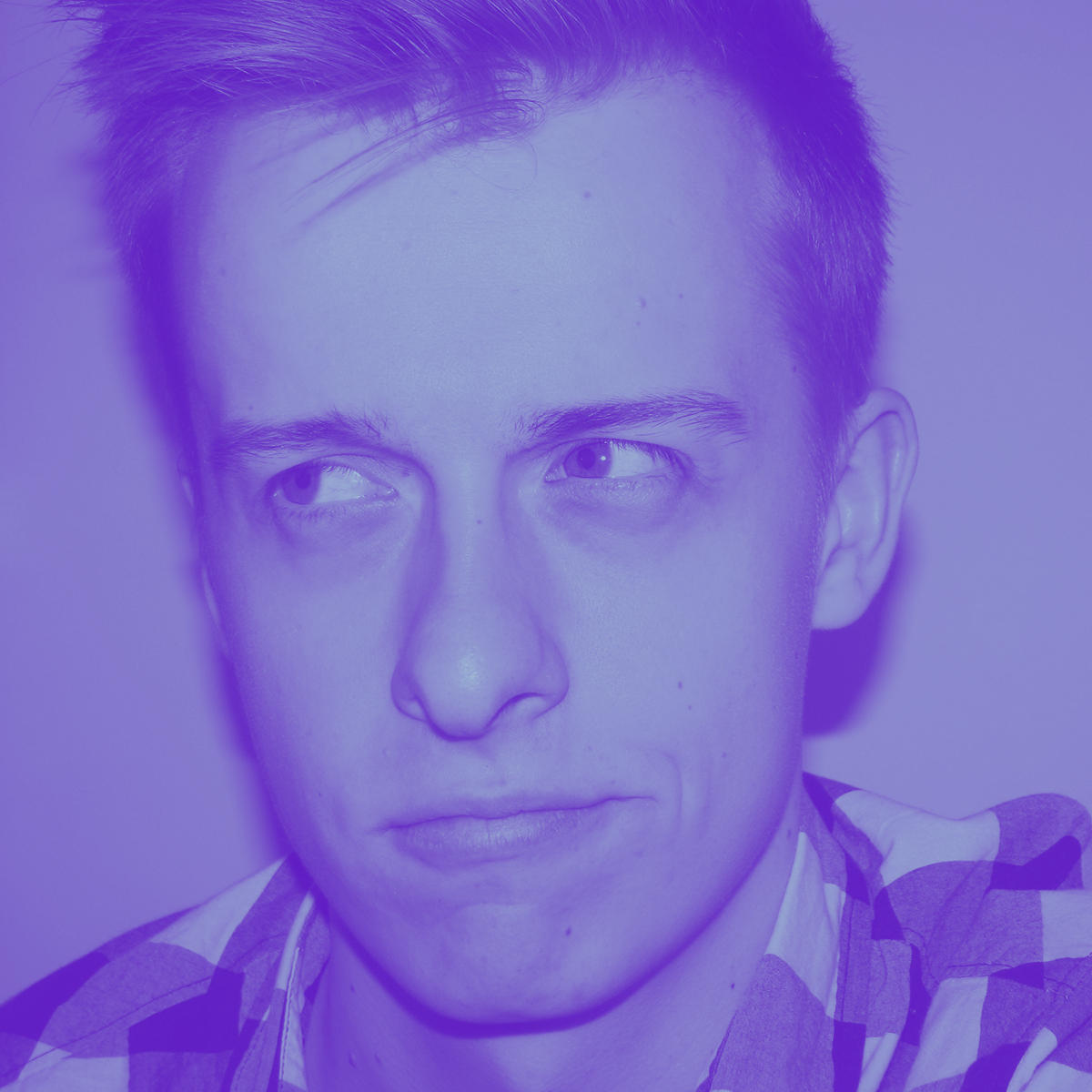 Fasicinated by everything that is noisy, minimal and industrial. He spends most of the time writing and floating around in ambient. He's been loyally professing videogame music for a decade and won't ever stop. 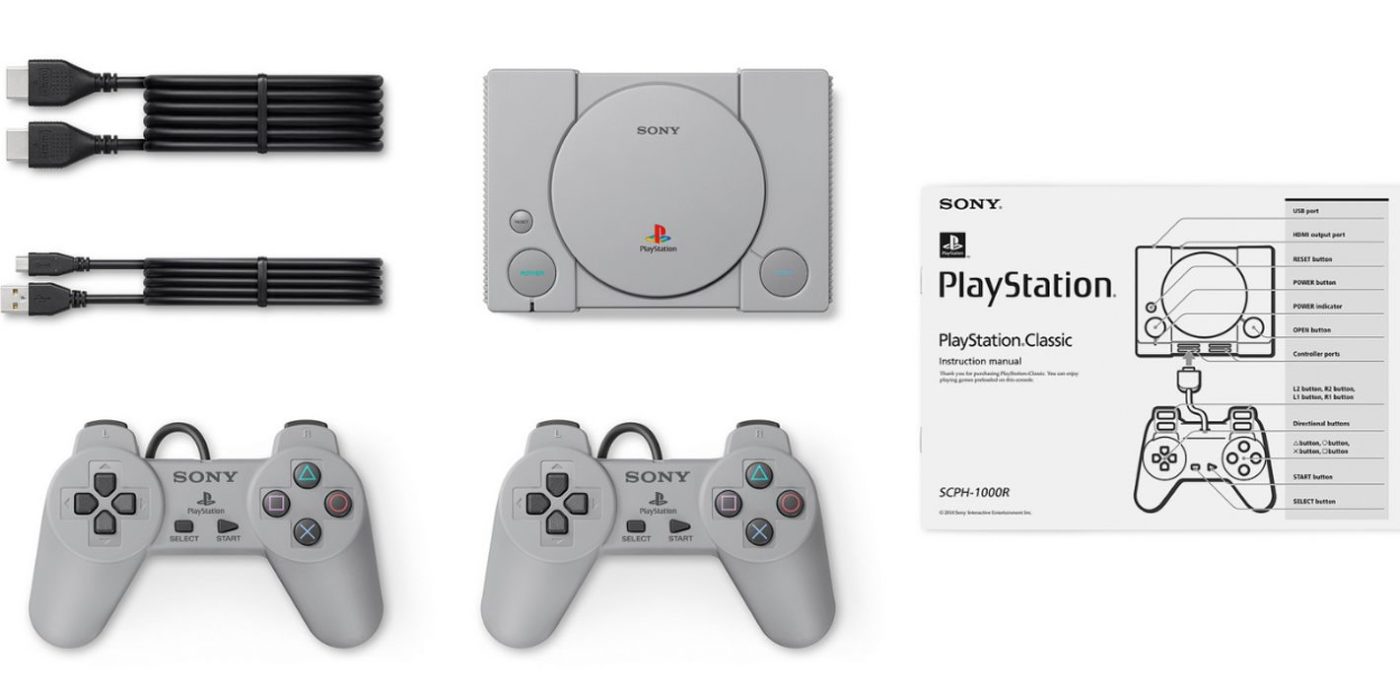 How the original PlayStation startup sound was made 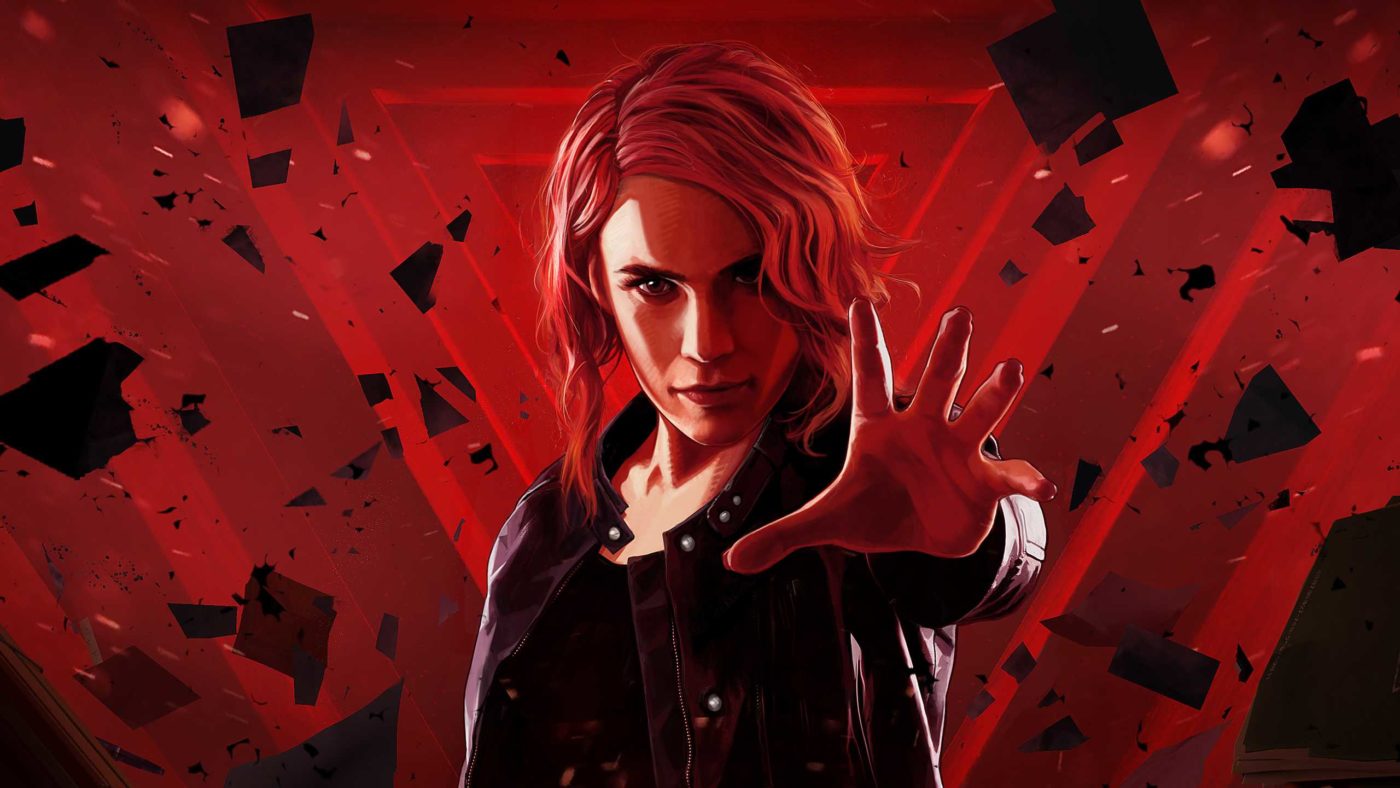 Control – making you feel lost in an endless place 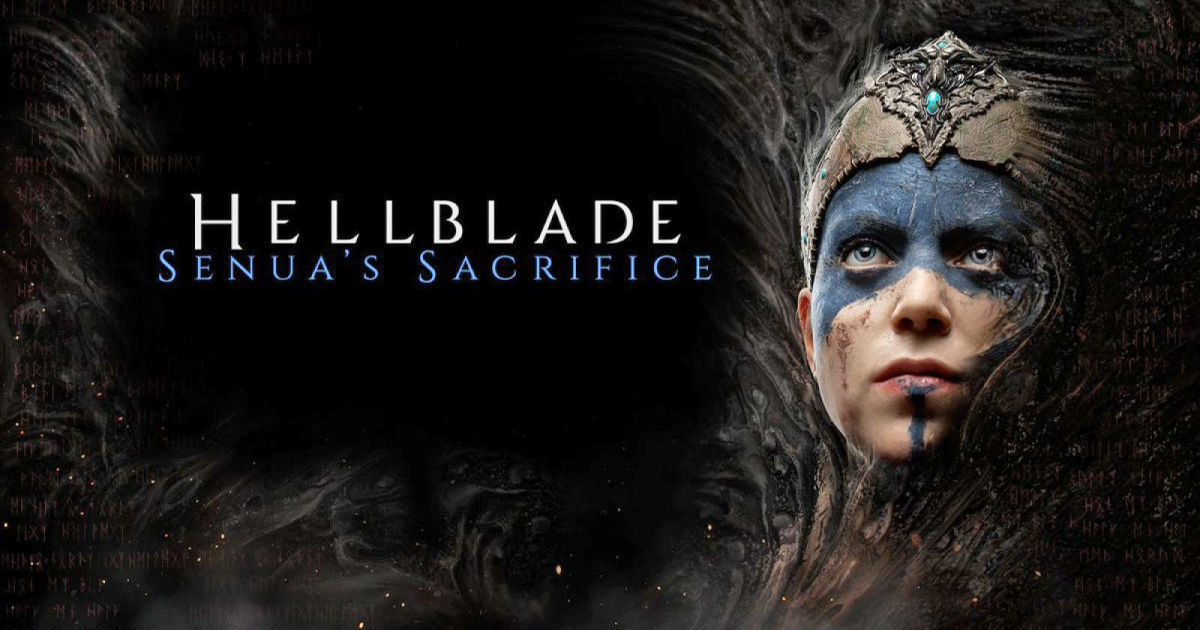 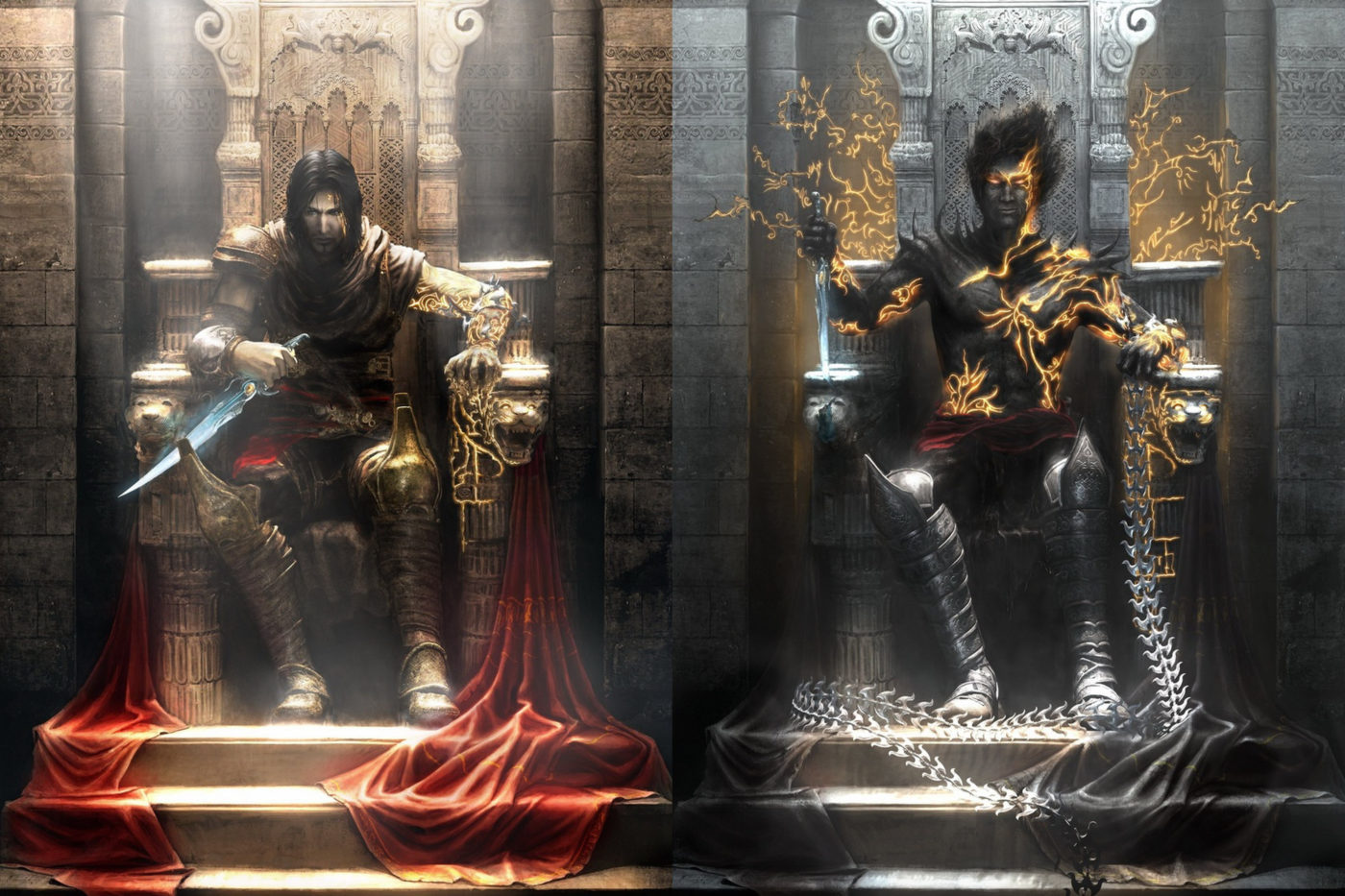 Jan Szafraniec 19.07.2018
show comments (0)
The site uses cookies and other technologies that allow you to use the services of our site.ApproveDeclineOptions