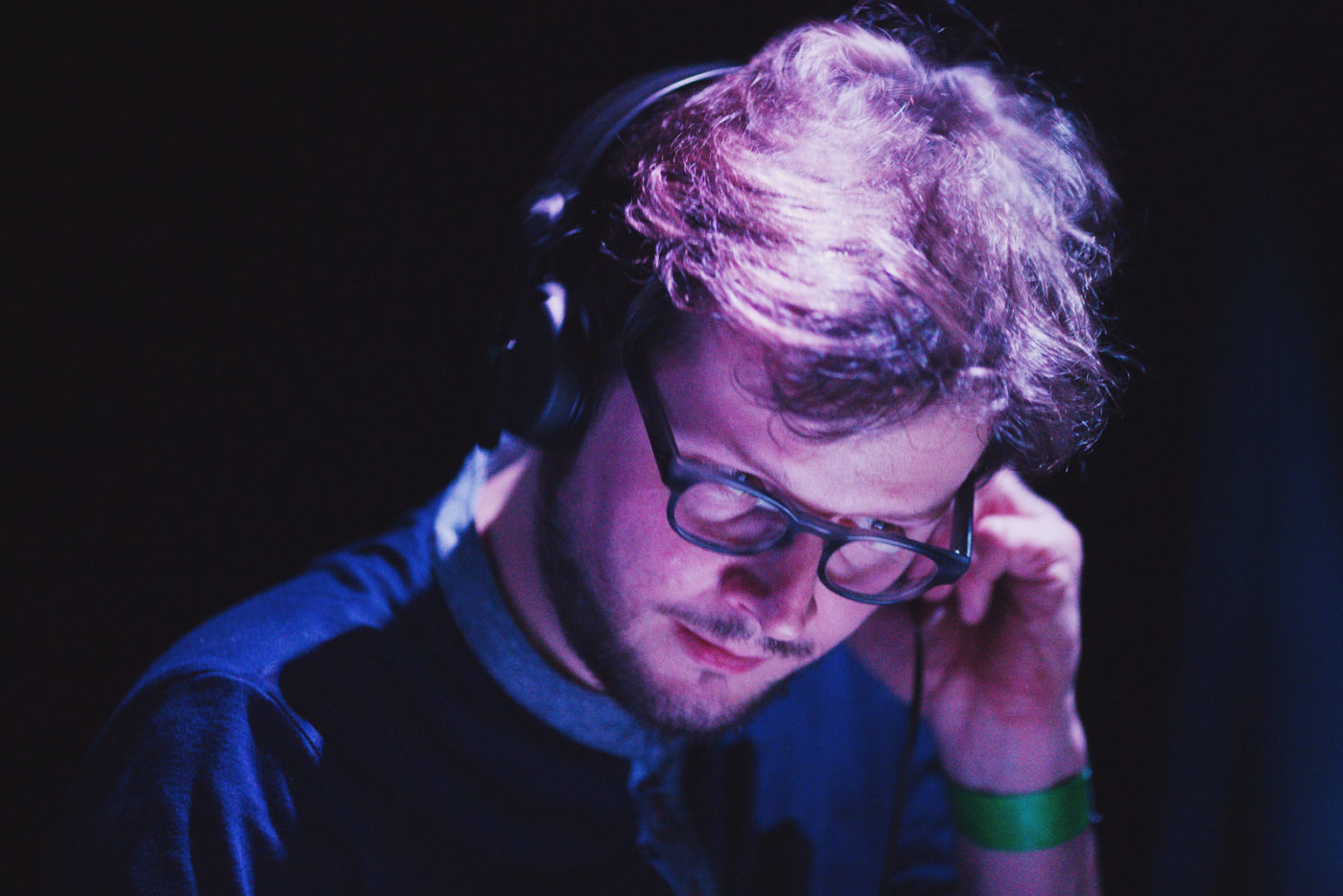 Amanita Design, an independent Czech studio, are the makers of a variety of flash adventure games – most notably, the two-part “Samarost” series. The studio represents a consistently high level of quality, and the success of their latest project, the low-budget “Machinarium”, attests to this fact. The professionalism and care put into Machinarium’s production extends to its music, as well. Composer Tomas Dvorak (Floex) has created an outstanding soundtrack for the game. The game’s musical backdrop is particularly extraordinary for this type of production, and surpasses that of similar works.

The professionalism and care put into Machinarium’s production extends to its music, as well.

Machinarium’s soundtrack is characterized by minimalism, and will definitely attract ambient music fans. We had the opportunity to chat with Tomas Dvorak, where we ended up discussing his passion for Japanese music.

gamemusic.net: How did you begin working with the people from Amanita Design?

Tomas Dvorak: Jakub knew my debut album, “Pocustone”, and he simply wrote me with the offer to cooperate on Samorost II. I knew the project already, as one of my friends had shown it to me.  I really liked it, and decided to join the team. Back then, it was just four of us: Jakub Dvorsky, Vaclav Blin, Tomas Dvorak – aka Pif (we both have the same name, which often causes misunderstandings)  and me…

gamemusic.net: Your first project for Amanita Design was the music for the second installment of “Samorost”. What are your memories from that time?

Tomas Dvorak: My first project was Samorost II. It was kind of a lively time, with a lot of expectations placed upon me. It was also a small project, so the development didn’t take as much time as my work for Machinarium. I started composing for Samorost II in summer. So my memories are sunny. I remember I was eating lots of melons, as it was a pretty hot summer. I was trying to experiment a lot with the sounds.

On one occasion, I was trying to make a “water tune,” so my room was full of pots, caps and glasses filled with water. I was also trying to blow through the flute into water, which was generating very animal-like sounds. Also, I would drum on the metal radiator. I wasn’t always too nice to my instruments – once I used a hammer on the cymbalon, which made a great sound that I later used on the bass drum in the “Lesik” song.

gamemusic.net: Samorost is quite a unique game, as it resembles a fairy tale. They say you were inspired by Japanese movies. One of these movies was “Funky Forest”. Why have these kinds of films had such a big influence on your work? Do you happen to know any composers from the Eastern genre? If so, do you have a favorite one?

Tomas Dvorak: Tomas Dvorak: I like this kind of work, this kind of fantasy. Works that surprise us because their ideas go beyond the border of our own imagination. Generally said, I enjoy people who think in different ways. Additionally, it’s playful – and that’s something that Samorost, Machinarium or other projects of Amanita has in common with these films. While I don’t think it has a direct influence on my work, I would be very happy to cooperate on those types of projects. In the game field, I see works like those by Keita Takahashi somehow resonating with this direction.

As for Amanita, I think Questionaut is the work that comes closest to this feeling. I like how it connects something very rational like school topics – grammar, mathematic, physics – with something very irrational, like one’s subconscious. Generally said, I think Europe is more conservative in this sense of experimentation. As for the composers, I am a big fan of Ryuichi Sakamoto, especially his collaborations with electronic musicians like Fennesz and his other projects from the last decade. Also, Lulatone are sweet. Another favorite is Dj Krush, his album Zen greatly influenced me. … Or Rei Harakami, he’s a really interesting guy, and his works are the epitome of electronic music.

Machinarium was made in a much more focused mood. – Tomas Dvorak

gamemusic.net: What audio equipment or programs did you use while working on the musical setting to “Samorost 2”?

Tomas Dvorak: It was made with quite basic setups. At the time, I was living in two cities, moving between Prague and Budapest. I did the basic work in Prague, but later moved to Budapest, where I had a mobile studio. The nice thing about it was that I could use some traditional Hungarian instruments, like the aforementioned cymbalon. Machinarium was made in a much more focused mood. I worked on the project for an entire year, while Samorost was only about three months + a bit more time for the cd soundtrack. So Machinarium was lots of work. My approach was also little different. I have been trying to make my compositions richer and larger; I’m trying to be more musical. Samorost is more abstract I would say…

gamemusic.net: Ever since Machinarium was officially released, there have been many positive comments on your work. Do you, personally, feel that the album is successful?

Tomas Dvorak: Yes, the reactions were actually better then I expected. I was getting pretty positive feedback in forums, blogs, reviews, e-mails. A few really interesting musicians wrote me, asking to collaborate; these musical connections are probably the most rewarding aspect, for me.

gamemusic.net: Speaking of success, the Internet is full of praises regarding your contribution to Machinarium. Did you expect your music to become that popular?

Tomas Dvorak: I think the success of the soundtrack is very much connected with the quality of the whole project. It is simply nice symbiosis. For me, a good monitor of the project’s success of is last.fm, as it shows that people are really listening to the music. It’s nice feedback, and is something that gives me the courage to continue my work…

gamemusic.net: The most interesting aspect of Machinarium, for me, is the production process of its music. As we know, our hero is a robot and the surrounding world is created of metal. That’s why we sometimes hear raw sounds and metallic echoes within the ambient music. Could you choose and analyze one of the songs, telling us what you used and your primary thoughts while writing it?

Tomas Dvorak: That´s really very individual for each song…. There are very atmospheric songs, like the “Prison” song. Here I was trying to really animate the situation and the mood, trying to reduce my use of melodic components and to emphasize the sound aspect of the music. I used different instruments there. For example, there are sounds produced by the synthesizer Roland SH01. It is an old vintage synthesizer, and was my very favorite instrument to use for the soundtrack. It fits for the whole world of robots. The model I had is already noisy, the oscillators were very unstable with pitch. But it has such a powerful sound, the base tones are so fat. I often used this synth as an effect unit, actually. Because you can put a signal through it, it has interesting distortion – and the auto filter is just super cool!

I also recorded a few acoustic instruments, piano and Music Box, especially. Music Box somehow depicts the robot world in a very fragile way, as the instrument is  a type of very primitive music machine. I was trying to put several layers of voices there; you can hear some close, and some from a distance. My very favorite tool was actually the Apple speech synth. Early models are really interesting to me.  Like the “Whisper” robot, I heard it in albums by Aphex Twin, or Air… But here it really fits, because it somehow helps to describe this broken robotic atmosphere. There is the guy, who says “Hey you…” in the beginning.

But there are some other strange voices you can hear. I was trying to link the more female voices with the imprisoned robots in the next room… The voices here are actually my voice, deconstructed with some of my Max Msp patches. Another funny thing I used – a few samples from Samorost II, can you hear them there? I couldn’t make the sound I was looking for, and later I realized I have it already… It‘s hard “to go into the same river twice”, with sound experiments, it is so often about some momentary situation, a pure coincidence versus a planned vision. There must be the right conditions in order to accomplish things.

Another important factor was my work with spaces. I was trying to use reverbs, which would somehow give you the feeling of the cold and lonely place…. but this is only really one sort of music you can find in the Machinarium soundtrack. There are songs that are totally the opposite, like “Clockwise Operetta”, which is very melodic and dynamic.  It’s inspired by both minimalism and classical music.

I definitely underestimated the connection with the whole Machinarium story. – Tomas Dvorak

gamemusic.net: One of my favorite moments in the game was when we had to solve a riddle –  gather some parts for the musicians so that they could still make music. After completing this task, we were rewarded with a song. Why didn’t this song  appear on the album?

Tomas Dvorak: I was really surprised that so many people like this song so much. This might upset some people, but musically it wasn’t as important for me as the other compositions I made for the game. I definitely underestimated the connection with the whole Machinarium story. However, the main reason was that it didn´t really fit with the whole mood of the soundtrack. It has such a different tone, and is more connected with the real action in the game.

gamemusic.net: In your opinion, does the sound in Machinarium play the role of the narrator? Does it shape the world and continually  lead our hero from one place to another?

Tomas Dvorak: For me, it is an emotional narrator. The soundtrack definitely works on the subconscious, emotional level of the whole story. 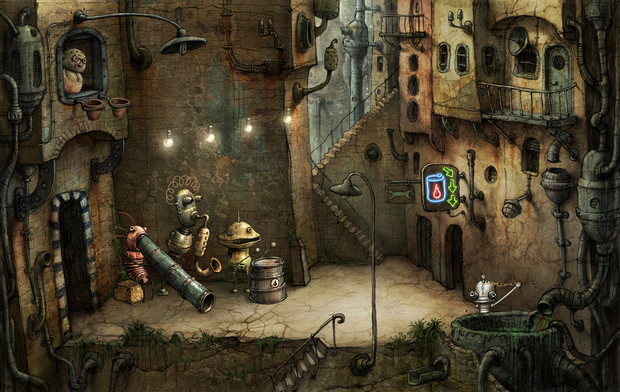 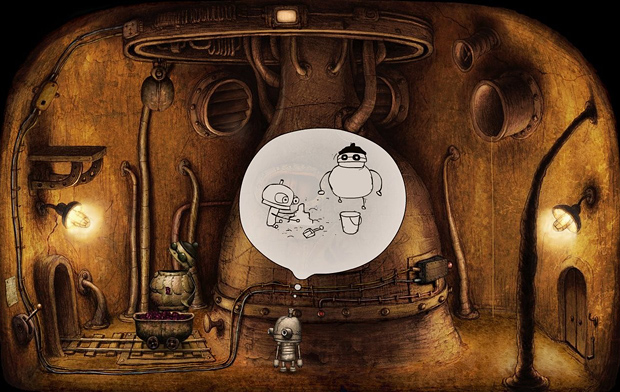 gamemusic.net: If you were asked to perform the music from Machinarium live, would you agree?

Tomas Dvorak: It is an interesting idea, but sorry – no. Mainly because I have several ongoing projects at the moment, and I find them more interesting for either live performance or studio work. Additionally, I am still very conscious about the music’s relationship with the game itself… As for my current projects, one of them is a soundtrack for the old expressionistic movie “Orlak’s Hands”. It is a collaboration with my friend, pianist Jiri Libansky. We made it for a Czech film festival in Uherske Hradiste. Sometimes we play it live, I think it is somehow work in the same field.

As for my current projects, one of them is a soundtrack for the old expressionistic movie “Orlak’s Hands”. – Tomas Dvorak

gamemusic.net: On your blog, we can hear some samples of your compositions. These are not necessarily connected with games. Are you planning to release an album with these compositions?

Tomas Dvorak: Yes, at the moment I am trying to put together a second Floex album. It is really crazy, it should have been already released several times. Somehow I feel so responsible for it that I keep postponing it all the time. I suppose it will finally be released almost 10 years after the first album.

gamemusic.net: The final question – What do you think about your contribution to Machinarium? Are you proud of your work?

Tomas Dvorak: I would say that I was working hard to be satisfied with the result 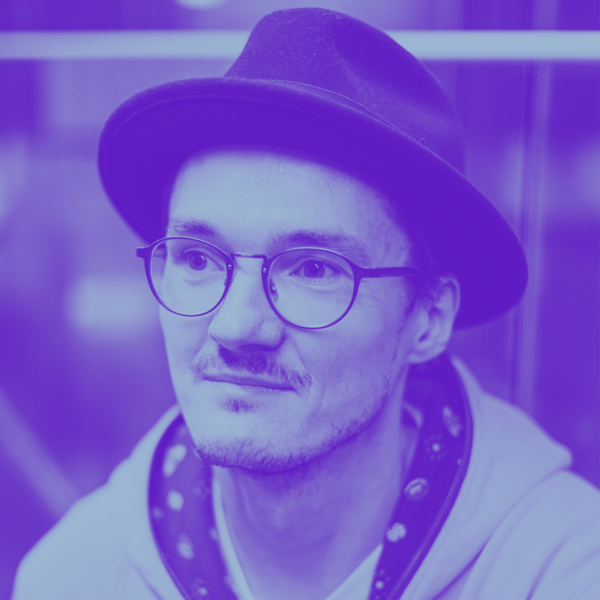 For many years he’s been continuously sharing with others his passion for melodies from video games. 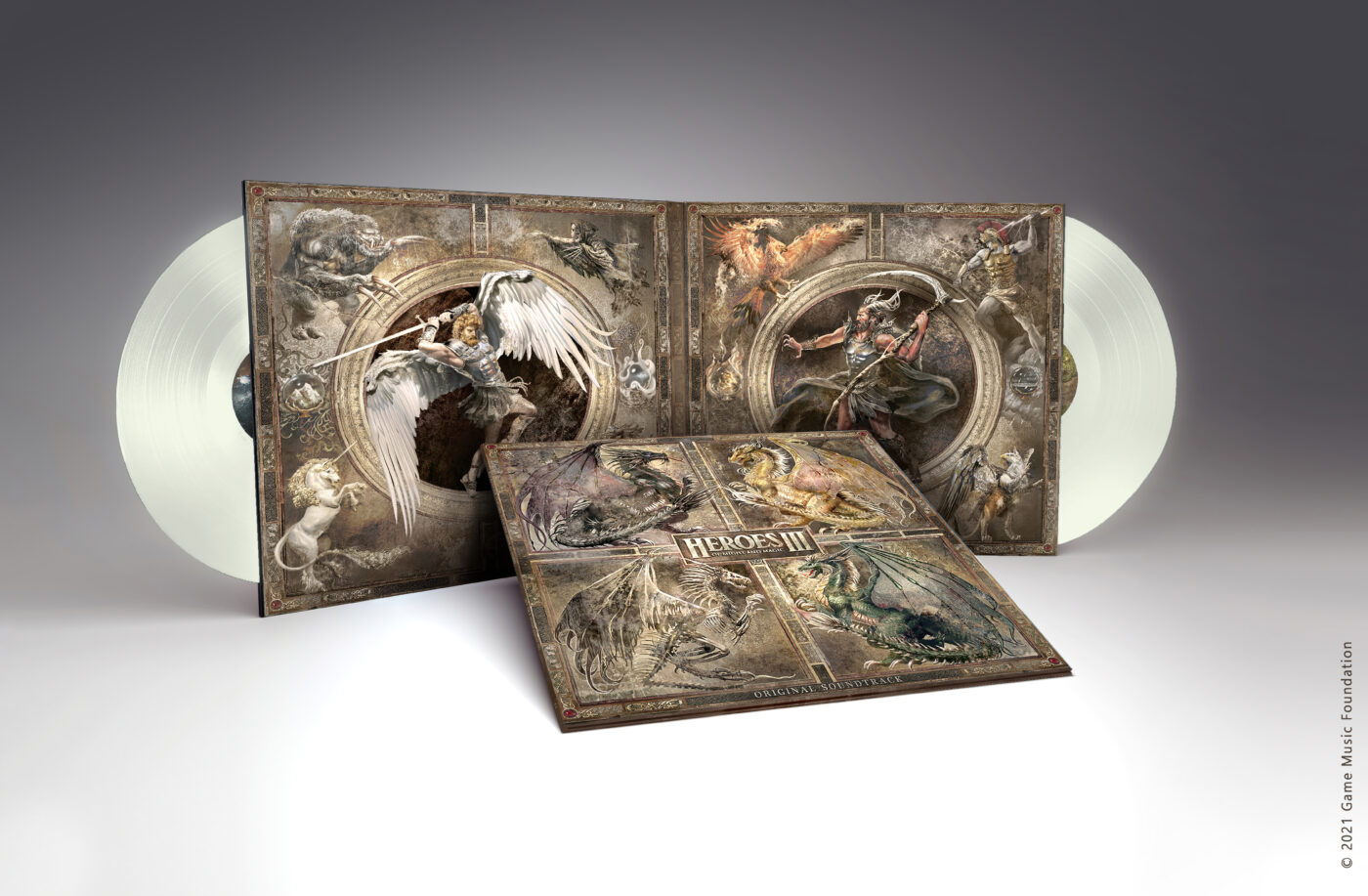 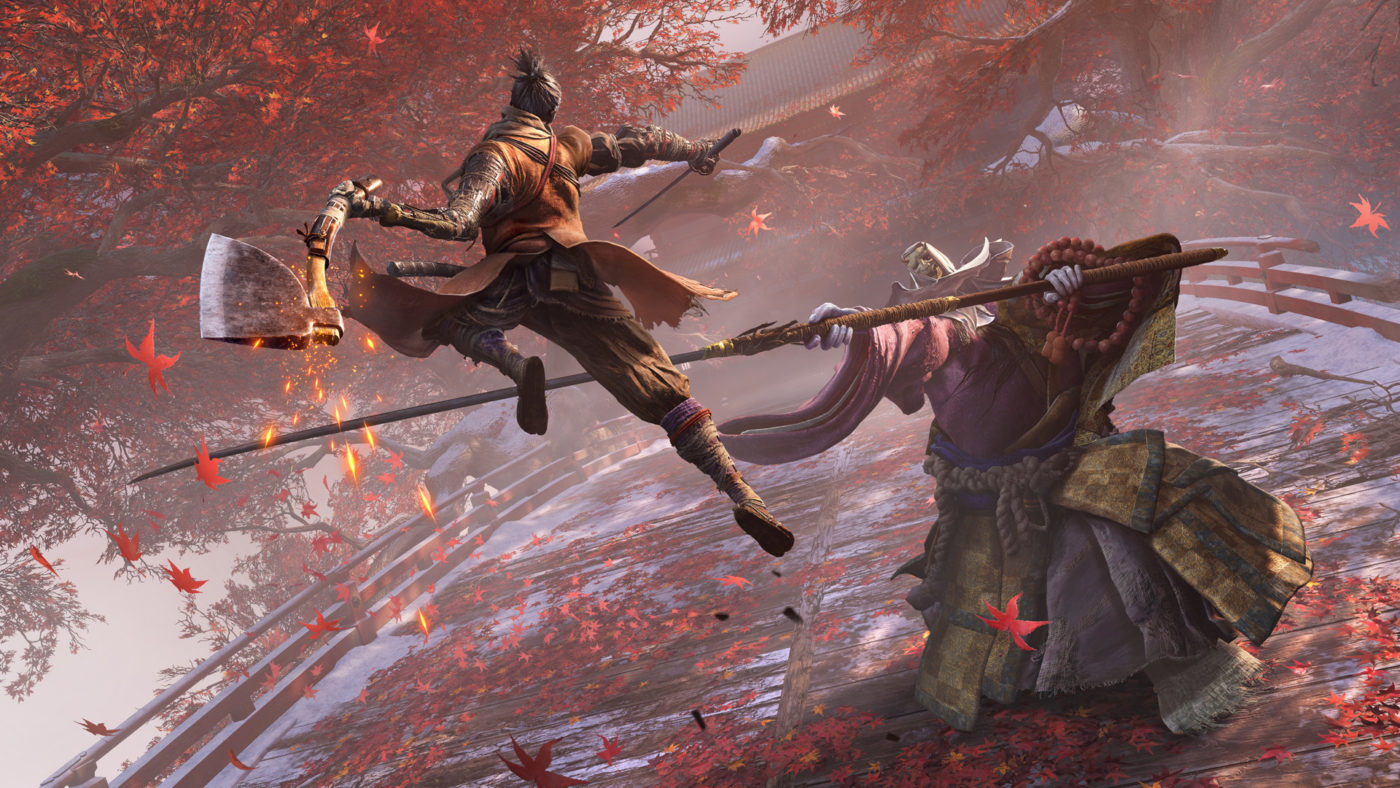 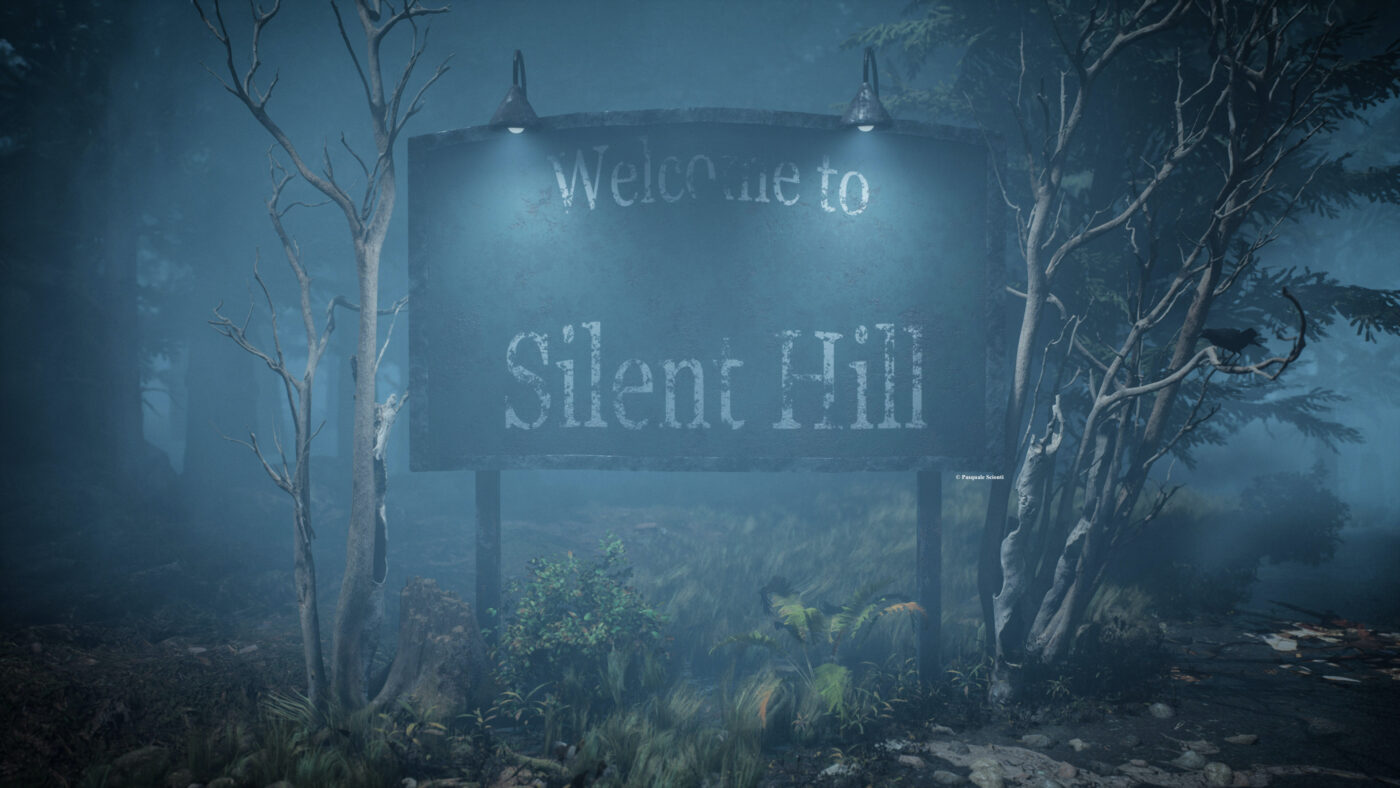 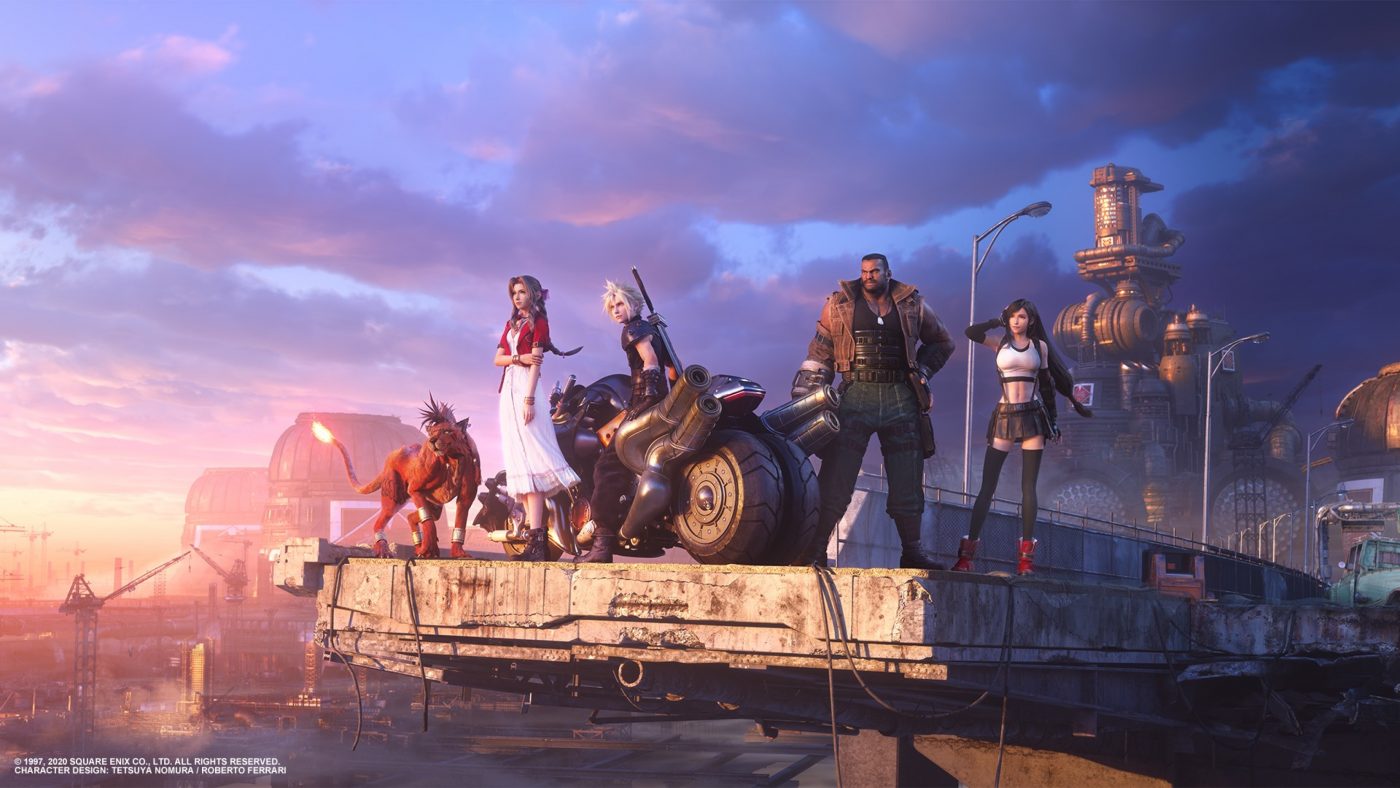 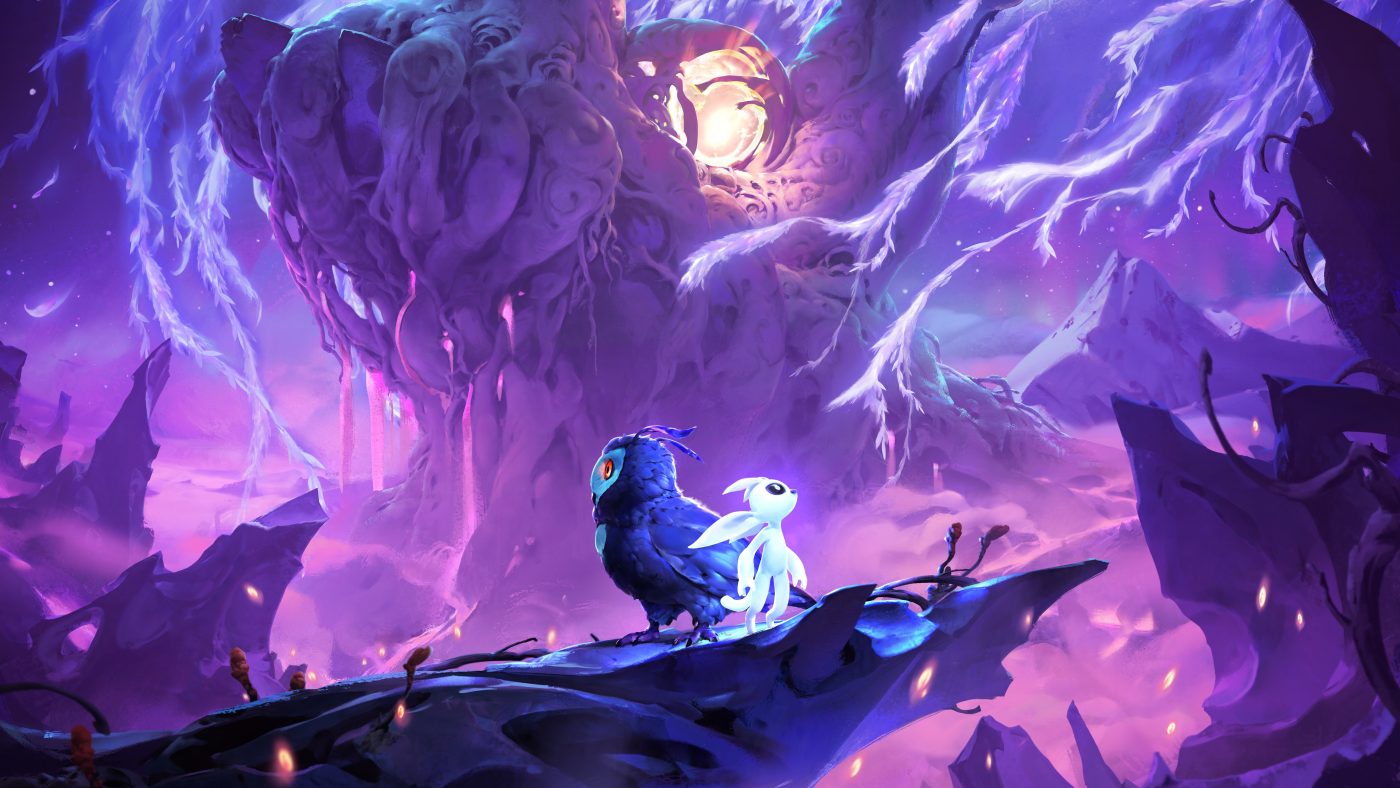